We were contacted by a company a few weeks ago who had recently started using Daylite. They loved the product and its capabilities but had found one drawback – their workers. Let me explain: With people only being human they were occasionally missing steps in their workflow and then things were not being tracked. They asked could we help ensure their workers never missed these steps in future. As only robots don’t make mistakes, we knew we had to think about it.

Not having advanced skills in robotics (and robots are no good for a chat over a coffee break anyway) we decided we’d better just help them do these steps as seamlessly as possible instead of replacing them with machines completely (that never ends well in the films either). So what did we do? We produced a script that solved the issue. But someone needs to run the script we hear you say? Not if we automate it!

We’ve done a lot of scripts for Daylite in the past. Project numberers, auto assigners, auto pipeline progression, or automatically applying activity sets. But all of these required someone to physically run the script. So if that person forgets, is too busy or off sick then the script does not get run and things fall behind. Things get missed and money and time might be lost. 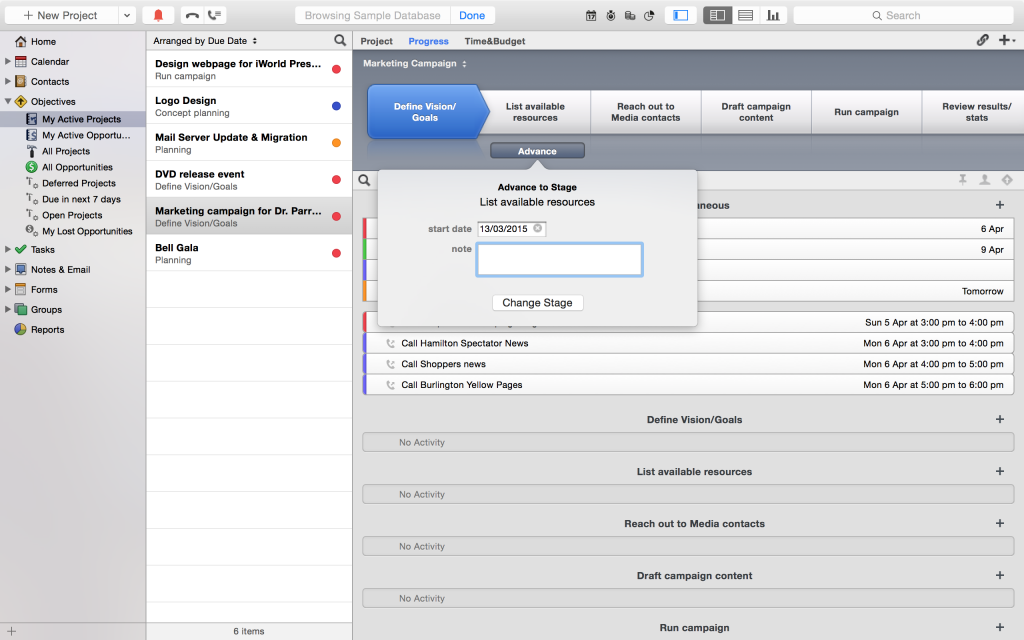 We can even go one step further. We could, for instance, automate it so any contact has not had an appointment or task linked to them in – say for example – the last six months, would automatically get added to a mailing list or have a follow up task linked to them. The possibilities really are endless.

Don’t have a dedicated server machine for Daylite? Don’t worry – get in touch and we’ll find a solution.