Simply Stationery use a call-handling company to answer telephone calls and take messages when all members of staff are busy. The messages are then emailed to them. Simply Stationery would manually add these emails into Daylite and then return the calls. This manual process to log calls in Daylite became very time consuming – they required an automated solution.

We created a ‘rule’ on their Apple Mailserver to look for emails from the call-handling company. 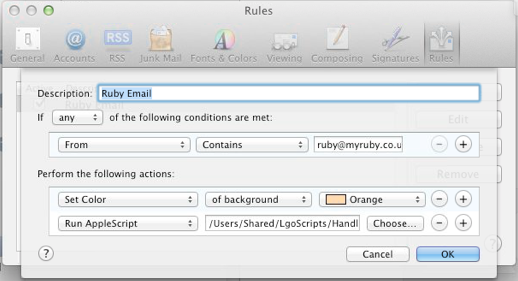 A custom AppleScript then connects to Daylite and creates a new task with the call details.

We worked with the call-handling company to request their emails were specially formatted for the task creation. The emails include details of the caller, their company and number, and who the call was for – this would create the Daylite task name. The message or enquiry would appear in the task details. The task start date is the date and time when AppleMail sends the email to Daylite and the due date is the same day. 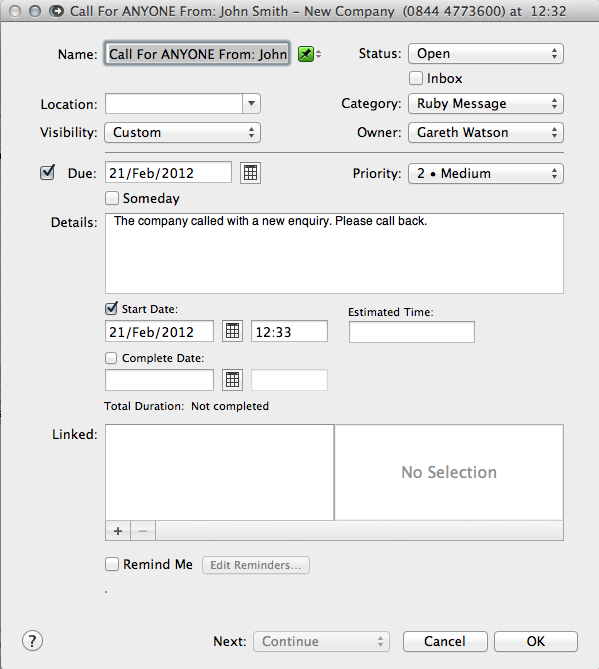 A record of all calls received were being automatically input into Daylite as tasks. These tasks could then be linked to contacts, organisations or projects. As a result, calls were being acted upon quicker, were recorded and more business opportunities were won.

This tool was initially designed for Daylite 3, but we also have a version that works for Daylite 4.